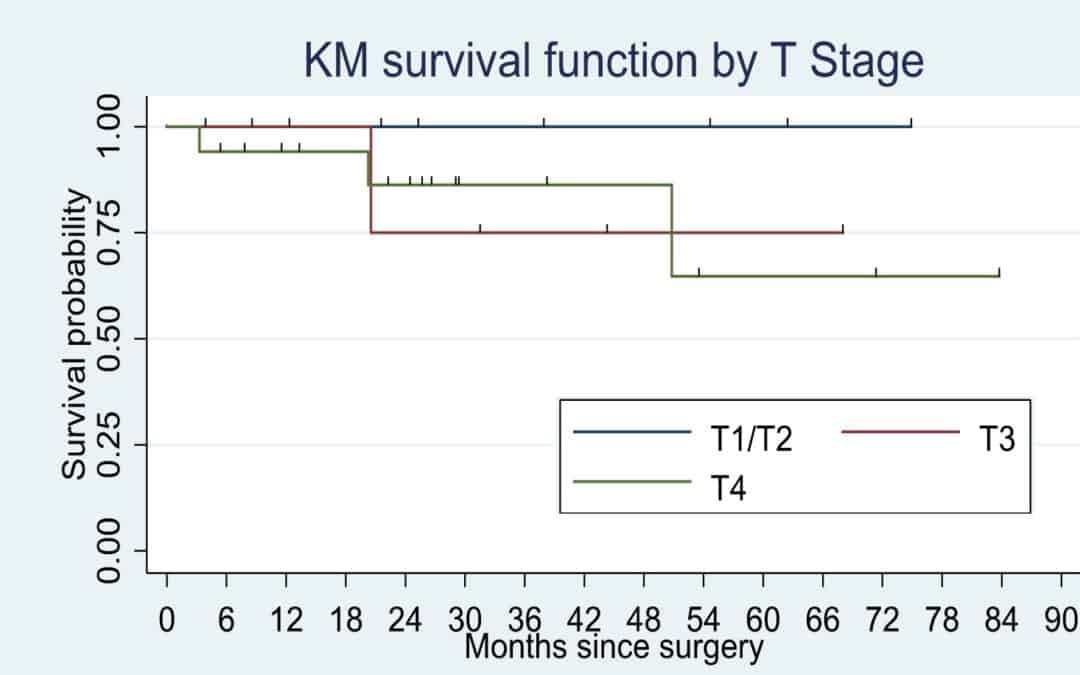 Having just attended the the Australian New Zealand Head and Neck Cancer Society & International Society for Maxillofacial Rehabilitation in Melbourne this weekend to speak on endoscopic endonasal surgery for sino-nasal tumours (cancers), there was a lot of discussion on key factors that affect prognosis in cancer care.

Gone are the debates of endoscopic versus open resection, the evidence published in this area has shown that when negative margin resection can be achieved then it doesn’t matter how the surgery is performed. This evidence base also includes our own publications on olfactory neuroblastoma management. Upcoming data from our PhD candidate, Dr Peta-Lee Sacks shows that for selected sino-nasal epithelial malignancies or tumours, the actuarial survival is as good or better than external approaches:

Disease-related death in patients with nose and sinus tumour (cancers): 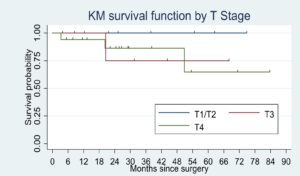 In fact, a recent publication by Lund et al for malignant mucosal melanoma, demonstrated that those patients who were subjected to extensive surgery, in which large parts of the head and neck where disrupted in a ‘open or external’ approach to resect the tumour actually did worse than those in which the tumour was removed endoscopically. The authors propose that such a phenomenon, highlights the impact of the immune system and recovering patient when such a disruptive surgery occurs compared to the lower impact and quicker healing seen from endoscopic surgery. These sinus tumour patients, treated with open surgery, did worse with regards to the development of metastatic disease. Not all tumours are amenable to endoscopic resection and some need to be done as an open of external procedure, but it highlights some of the benefits of minimizing the impact of treatment on patients …whether it be surgery, radiotherapy or chemotherapy. 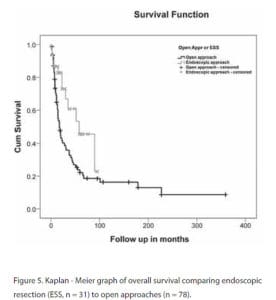 Refreshingly, the session on Friday afternoon had experienced surgeons discussing the important factors that lead to local recurrence. Perineural tumour spread was seen as major prognostic factor and conferred a higher chance of local recurrence and poor survival. Such important factors have been acknowledged by experienced colleagues at UPMC and University of Brescia. We too have found that perineural spread is major factor predicting poor prognosis. 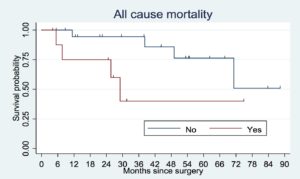 Impact of perineural spread on overall survival from Endoscopic surgery for sino-nasal epithelial malignancies treated by Prof Harvey’s Rhinology and Skull Base Unit in Sydney.

It was a terrific meeting and fantastic to see the cancer specialists working together on the relevant issues that we need to address to improve patient care and outcomes, putting side individual preferences or biases.

Thanks again to Dr Hari Jeyarajan and the organising team for having us down in Melbourne to contribute.

Look out for the lecture which we will post on our You Tube Channel.